The field is full of so much tools and you might be overwhelmed by a new release of every new tool out there. Just like when git came aboard the list of version control tools. I was not even a developer then, I mean I did not know who Chris Wanstrath, Tom Preston-Werner, P J Hyett, and Scott Chacon were and how their invention will change the way I will be working. What did they all invent that changed the way developers write code, build software and ship new releases of the written code. Git is a creation of Linus Trovalds in 2005 and GitHub was invented by the 4 brilliant developers mentioned above. Game changer money. (It was sold to microsoft later a very ridiculous amount of money). The brilliant thing is how it maintained its open source powers.

Before you travel too deep, this article will be of great benefit if you have little experience on how to write code and it is not an introductory guide to git nor is it a starter guide to GitHub.

So what is the difference between git and GitHub? git was created by linus trovalds - (creator of linus operating system) to help manage the versions of softwares. Its a term called version control management or source control in software development cycle. Git is a distributed version control - It in simple terms helps to manage the version of the code we write with things like branch, and commits.

GitHub is a software that bring git to developers and team alike on the web. A website where developers put their code. - A gift indeed to open source software development. It brings pull-request, remote branch, pushing, pulling, fork, clone terms to help in proper documentation of written code that becomes software and help with collaboration between a team of engineers.

I developed interest in learning git and github while I was in the university around 400L (2014). 9 years after the original invention of git and 6 years after GitHub came to life. Little did I know that it will change many things and it will become a requirement in getting software development jobs.

Ever since then I have tried to learn it, teach it to others and use it in writing code. I found out hub a new command line wrapper created to bring the functionalities of GitHub close to developers on the command line- so that we will not have to deal with the web interface every time when we need to interact with GitHub.

Hub is a tool that wraps git in order to extend it with extra functionality that makes it better when working with GitHub. https://hub.github.com

Two major thing you should expect is hub extending the powers and functionality of git and giving us new commands that bring GitHub close to your terminal. EVerything you can do with hub can be done with git + GitHub web interface.

I am learning how to use hub and reading its documentation is the step I am taking and I will be sharing what I learn here.

Let’s get started with using hub in our various command line application by installing it. I use hyper terminal that run a zsh shell. The current operating system I am using is Mac OS with homebrew installed. To install hub with a similar operationg system and homebrew installed run the following commands to install hub. For more step on how to install hub on other operating system. check https://github.com/github/hub. One benefit of hub is its usage in your GitHub actions.

Examples of task that you can do on GitHub that hub was created to make smooth. Its GitHub on the command line.

hub will prompt for GitHub username and password the first time it needs to access the API and exchange it for an OAuth token, which it stores in ~/.config/hub. You may avoid the prompt if you use GITHUB_USER and GITHUB_PASSWORD environment variables. You may alternatively provide GITHUB_TOKEN, an access token with repo permissions.

To start with today (11th February, 2021), I learnt about hub am, hub apply, hub checkout, hub cherry-pick, and hub clone. let me share what I learnt with you.

NB - The fork and pull request model of GitHub is a replacement for the patch model of change distribution. So I believe patches are only useful outside the context of tools like GitHub.

SHA means a GitHub sha1 commit ID, either the for 6 digit or the full commit sha1 ID. 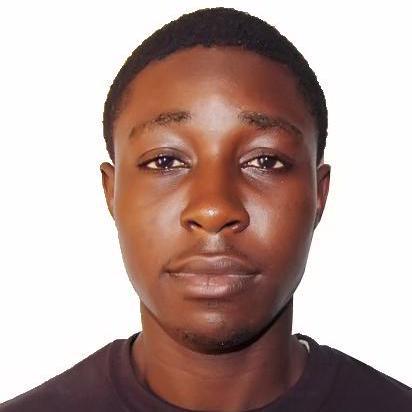